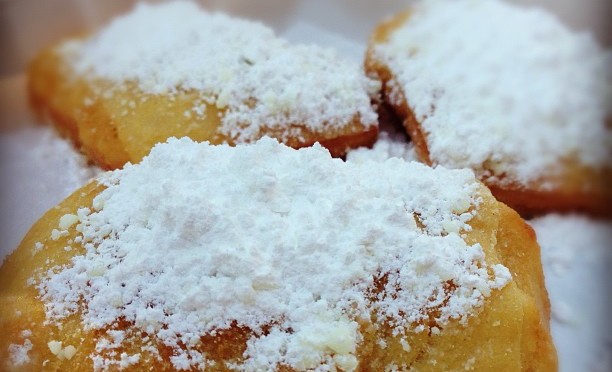 There’s nothing quite like discovering one of your favorite places to eat has shut their doors. I mean, we’ve probably all experienced arriving on a day that they happen to be closed for a holiday or simply as part of their normal schedule–that we failed to check, but closed? Forever? Forevah-evah? While not the worst thing to happen in the world, it can certainly throw you for a loop. 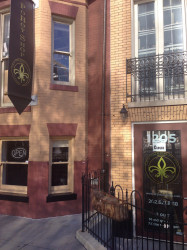 For me, that moment happened yesterday at DC’s New Orleans Po Boy Shop whose doors have apparently been closed since December. It was not a favorite place for me because of the food–which was excellent, or the location–which was close but not super close, and certainly not for the hours since they weren’t open on weekends. It was mostly a comfortable place that I would visit every time I had blood drawn for lab work related to my cancer.

END_OF_DOCUMENT_TOKEN_TO_BE_REPLACED 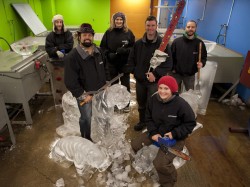 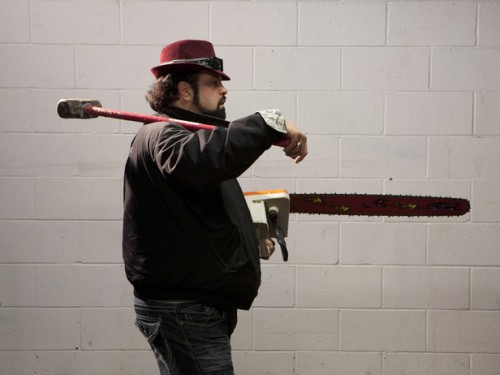 I don’t often blog about cooking tips or techniques because most of the dishes I make don’t require any special kitchen moves to get the job done. Most of the time, people aren’t standing over your shoulder as you cook, and depending on what you make no one will ever know how adept or clumsy you are. That said, I am now an extremely dangerous man with a chef’s knife. Olga Berman of Mango & Tomato taught an amazing knife skills class this weekend for a few local food bloggers. It was hosted by Adventures in Shaw with myself, Thrifty DC Cook, adventures of a florida girl in dc and One Bite At A Time in attendance. We all have varying levels of experience in the kitchen, but I think most of us either ignored our chef’s knives, or weren’t using them to their fullest potential. I personally love my Santoku-bladed knife, but I admit that it isn’t the best tool for every job. I mostly reach for it because it’s a slightly smaller blade than my chef’s knife and the handle suits my grip better than that of my Sabatier set. And sometimes when your kitchen surface area is reduced, you just want the one tool to have at the ready. Still, after this past Saturday’s class, I have newfound respect for the chef’s knife.

This is definitely a “100 level” class, as she went through the basics on how to prepare your knife before each use, the best type of cutting board–we both love Epicurean boards, and how to hold the knife. Of course, I’d been doing it all wrong thereby robbing myself of the naturally rhythmic cutting motion that a chef’s knife affords the wielder. After we had the proper grip and cutting motion, we moved to to food, starting with segmenting an orange. It isn’t a necessary technique for when the slices won’t be featured, but it’s an amazing effect for when they’re center stage. My technique wasn’t quite perfect with this as I couldn’t quite get the roundness I was looking for, but I was able to get a few pretty segments before my orange fell apart. Still, in this class, even your mistakes are yummy. From there we moved onto onions, learning two methods for dicing them: making perpendicular cuts into the onion–which is the method you’re mostly likely to see TV cooks use, and cutting with the natural grain of the onion. The latter being a more natural and faster technique, but for either one, you have to have good control of the knife and the food on the cutting surface. Both gave us nicely even diced onion pieces which were swiftly collected in a bowl and whisked away by our host… As it turned out, she was reaping the benefits of the class by planning to use our chopped veggies for dishes this week.

Working with potatoes, we learned basic cutting methods for strips, matchsticks and cubes which can be applied to many foods. We also learned a new way of cutting carrots to give more triangular cuts than the standard round chunks. I’ll be using that next time I roast something as more surface area is a good thing. After applying the same basic cutting method to garlic and learning how to mince parsley–also discussing the chiffonade method for leafy herbs, she ended the class with a bang: peppers. I know, it doesn’t sound that exciting until she showed us the following method:

It may take me a while before I’m able to do that, but it was certainly impressive and none of us had ever thought to avoid the ribs and seeds that way. Over the course of the class, I realized that my biggest problem is timing. When I cook for myself, I often lose track of what needs to be done when and I end up rushing through my prep. This usually leaves me with shoddily chopped veggies–though that doesn’t always matter–and the occasionally-nicked fingernail. With Olga’s instruction and surrounded by friends, I realized that it wasn’t (and isn’t) a race. Taking my time produced superior results, and learning the appropriate techniques still had me finishing quickly. I will also note that there were six of us dicing onions in close proximity, but with the right methods and sharp knives, none of us cried.

The class was a lot of fun, very hands on and Olga is a wonderful teacher. As we were wrapping things up, she made sure we asked questions, and using pen & paper was able to sketch out cutting techniques for other types of food that we didn’t have on-hand. If you and some friends are looking for a fun (and educational) foodie event, get in touch with Olga through her blog and ask about the class.

We all took some great photos of the class and our efforts. There’s a flickr group with fantastic shots by Shaw Girl and the rest of us. I suppose I shouldn’t be, but I was surprised at how much fun it actually was. I’m not really into classroom type situations, but this was non-competitive, non-judgmental and we had a lot of laughs.

If you want to hear more about the class or our other foodie exploits, look us up on twitter: @urbanbohemian, @MangoTomato, @Shaw_Girl, @ThriftyDCCook, @floridagirlindc & @frijolita. (Note: Some of us have protected accounts, and some of us may not follow back right away, if at all. But an @-reply will be seen if you have a specific question.)